Travel Timeouts: Arrowmont, A Window Into the Past

At the turn of the 20th century, the education standards in the small mountain town of Gatlinburg, Tennessee were lacking, to say the least. Many of the community’s children acquired an education at home, spending the rest of their time working on their family’s farm or running errands. In response to the lack of formalized education in these communities, settlement schools were built all over the country, especially in small mountain towns with impoverished conditions. 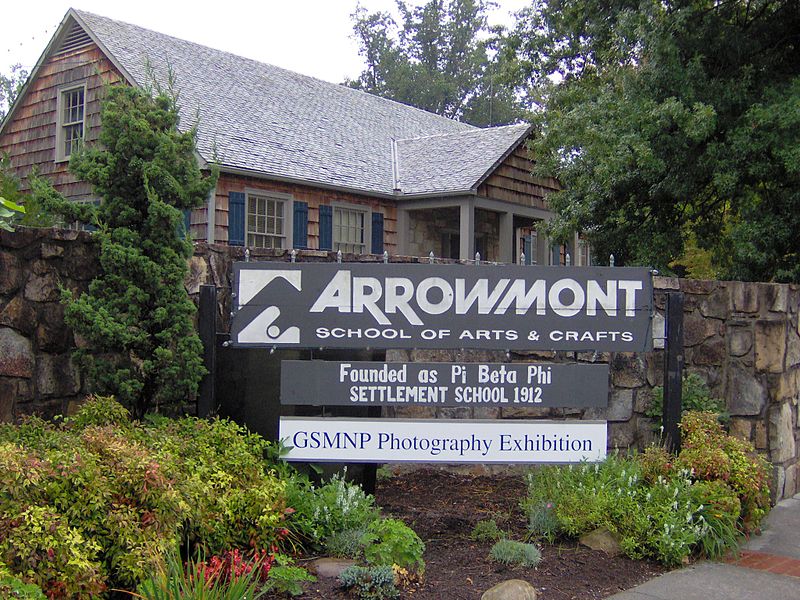 Pi Beta Phi, a women’s fraternity founded in Illinois, decided to establish a school in the remote town of Gatlinburg, as Sevier County had the fewest schools in Tennessee. After opening the first school in 1912, and after a bumpy start, the school expanded its operations and flourished over the next three decades, providing education opportunities to many students. The school eventually merged with a high school in the Pittman Center area, creating Gatlinburg-Pittman High School.

As the arts and craft movement began to take hold, the women of Pi Beta Phi saw an opportunity in Gatlinburg, opening the Arrowcraft shop in Gatlinburg on the campus of the settlement school, focusing first on the art of weaving. Eventually, the women began to focus more on arts and crafts and the education opportunities it provided for local artisans. Sevier County had taken control of the schools, including Gatlinburg-Pittman High School, and after a series of successful workshops, the fraternity turned one of its newest building into a large working space for in-residence artists, eventually becoming the Arrowmont School of Arts and Crafts.

From that point forward, Arrowmont continued adding specialities into its curriculum, including metalworking, woodworking, and jewelry making. Over time, the Arrowmont School of Arts and Crafts became a top school for artists across the country, and in 2007 was added to the National Register of Historic Places.

Arrowmont provides a window into the past, with traditions maintained through generations. It stands as a living history of the Smoky Mountains and remains a historic landmark of education. Visit the Arrowmont School of Arts and Crafts on your next visit, and enjoy a little piece of history right here in the heart of the Smokies.